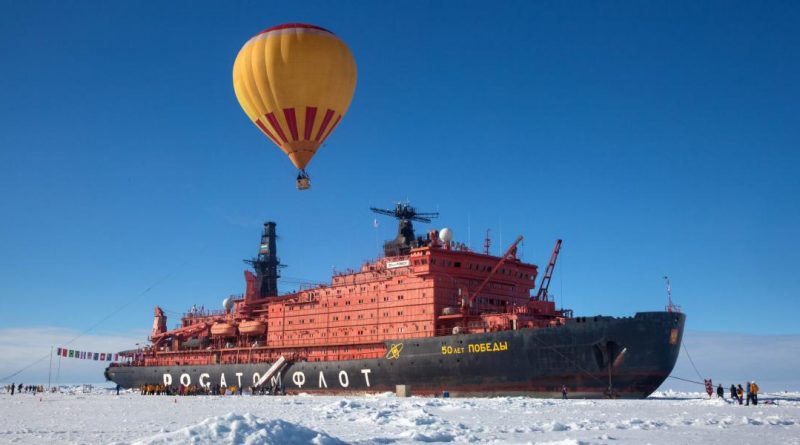 The Arctic is an otherworldly land of boundless landscapes, eternal daylight in summer, sparkling ice floes and abundant wildlife. No wonder that taking a North Pole cruise is getting to be a development industry in once rarely visited realms. For centuries, adventurers and explorers tried to get to the North Pole by sled, ship, aircraft, dogs and balloons. The truly remote areas and the harsh realities of the Arctic climate defeated every single one of these courageous travelers until as recently as 1948. Even today, reaching the North Pole is a difficult and challenging journey. Only a select few make it each year. Unlike Antarctica, which is on a solid land mass, the North Pole has no true fixed location. It lies on a mass of always-shifting ice chunks in the Arctic Ocean. Consequently, few ships actually sail to the pole. But many do get close, venturing within the Arctic Circle, above 66 degrees latitude.

The North Pole is special, it is a magical destination for travelers everywhere, not only because of the unique geographical spot it occupies but also because it remains a domain that, for most, exists only in the imagination—fewer people have stood at the North Pole than have attempted to climb Mount Everest. Difficult to reach and singular in its impact, the North Pole transforms the perspectives of everyone fortunate enough to reach it. It is the world’s northernmost point and a prize still zealously pursued by adventurers and explorers today.

Not just any cruise ship can sail through the icy waters of the north. Getting to the top of the world requires cruising on an actual icebreaker (as opposed to ice-class ships, which have thickened hulls, among other modifications). On this Arctic adventure, the moveable home base will be the 50 Let Pobedy means 50 Years of Victory. Powered by two nuclear reactors generating 75,000 horsepower and capable of crushing a clear path through multi-year ice up to three meters thick, it is the largest and most powerful icebreaker ever built. Cruising aboard this marvel of engineering is an unforgettable experience in itself. The icebreaker is a working ship, purpose-built to pilot cargo and research ships through heavy ice. It provides a friendly, casual atmosphere with unexpected amenities, comfortable accommodation, and a restaurant serving gourmet cuisine. The ship entered service in 2007 and hasn’t had a rest since. For only five voyages over the months of June, July, and August, the world’s most powerful nuclear ice breaker has pause its grueling schedule of escorting cargo and military ships through the ice of the Northwest Passage to make room for 150 tourists.

The Prime time to go on a North Pole cruise is July and August when the polar desert shows its colors. Snowfields give way to lush yellow-green mosses. And against all odds in this harsh environment, ground-hugging plants sprout tiny but brilliant blooms. Going earlier or later in the summer might mean not being able to get as far north due to ice, but winter cruising in this part of the world is growing, too. This incredible adventure starts in Murmansk, Russia. There, the passengers embark and get acquainted with 50 Years of Victory for a roundtrip voyage to the geographic North Pole.

What to Expect on a North Pole Cruise

Wildlife watching: Africa has its Big Five. The Arctic has its Big Three: polar bears, walruses and whales. You’re unlikely to get up close and personal with polar bears (a good thing; they can be extremely dangerous), but a savvy crew will have their eyes peeled for sightings on distant ice floes. Chances of spotting walruses are good, since they tend to congregate in massive heaps on beaches. Whales, including minke, beluga and even blue whales (the world’s largest creature) are a solid bet. Reindeer, ringed seals and a multitude of bird species, from kittiwakes to arctic terns, are a given.

Franz Josef Land: This archipelago is a part of the Russian Arctic National Park since 2012. Its nature sanctuary has a collection of 191 secluded islands in the Russian Arctic. Its remote wilderness is home to a variety of iconic High Arctic wildlife, including polar bears. In the surrounding icy waters it is possible to spot seals, walrus, and the elusive bowhead whale. The archipelago also hosts an abundance of nesting Arctic seabirds such as the rare ivory gull. Discovered only 150 years ago, the glaciated archipelago was once an important stopping point for famous polar explorers making the dangerous, death-defying passage to the North Pole.  A wealth of well-preserved historical sites makes this island group a veritable museum of polar exploration.  Here the visitors are offered the opportunity to walk in the footsteps of famous polar explorers at well-preserved historical sites. The journals of explorers such as Julius von Payer, Benjamin Leigh Smith, Frederick George Jackson, and Fridtjof Nansen come alive at Cape Norway, Cape Flora, Eira Harbour, and Cape Tegetthoff. Memorials, monuments, crosses, and the remains of dwellings are testimony to incredible historical events that are further illuminated by the expert lecturers. The eerie remains of makeshift dwellings give testimony to the incredible struggles of these early expeditions. Like polar expeditions of the past, excursions in Franz Josef Land are highly dependent on ice and weather conditions.

Top of the World Celebration: Once the ship reaches 90ºN, visitors are able to hop out onto the solid ice and mark the occasion with a multicultural ceremony and the hoisting of international flags and gather around with other fellow travelers from all over the globe in a place where no sovereign nation rules, for a barbecue lunch with glasses of champagne to toast the incredible achievement of reaching a destination that few have had the chance to visit.

Flight seeing from Sky-High Throughout the expedition: There will be special opportunities for sightseeing tours aboard the ship’s dedicated Mi2 helicopter. Flying high above the frozen landscape, travelers will enjoy unmatched aerial views and can gain a better perspective on the polar region and its remarkable, awe-inspiring expanse. Depending on weather conditions, travelers may also have an opportunity to take a tethered hot-air balloon ride at the North Pole. Soaring to a height of 30 meters, this exclusive excursion offers a unique vantage point from which to admire the Arctic’s snow-capped ice ridges and stunning cerulean waters. It’s a thrilling way to cap off an unforgettable visit to the very top of the world.

Marvel at the Midnight Sun: Most people have never experienced the Midnight Sun, the mysteriously beautiful phenomenon in which the sun never dips below the horizon line. Even in the darkest hours of night, the sky is filled with the luminous glow of sunset until the sunrise starts the process all over again. The only way to experience this unusual and fantastically photogenic sight is to be above the Arctic Circle.

Polar Bears Reign: Many passengers take advantage of the Arctic’s 24-hour daylight to scout for native wildlife. There are multiple opportunities to make landfall by Zodiac or kayak to get an up-close and unfiltered view of the wild north. In these latitudes, it is possible to encounter a number of unique marine mammals that thrive in the frigid, yet surprisingly vibrant habitat. Keep an eye out for iconic animals such as walruses, bowhead whales, various Arctic seal species, and majestic polar bears, the mighty hunters of the north.

Free Activities: There will be plenty of free time to walk across the North Pole and photograph it in all its natural beauty and isolation. For the brave souls, there’ll be an option to take a “polar plunge” into the frigid waters of the Arctic Ocean. Seawater around the pole doesn’t completely freeze due to its natural salinity, but the chill will still be feeling at a cool 29°F. 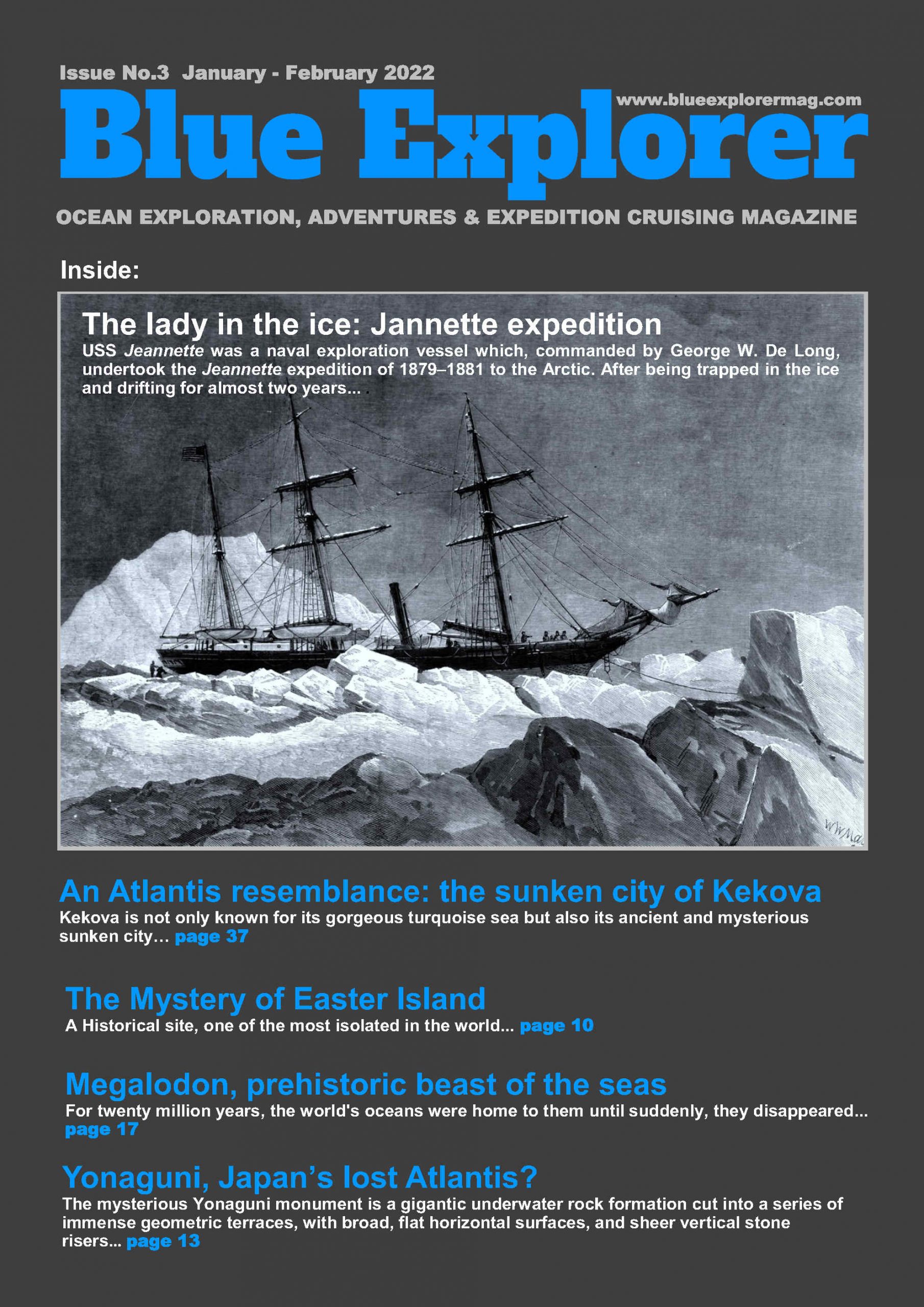 Pioneer of the Deep: William Beebe and his Bathysphere 

The Gilis, Maldives of Southeast Asia

Zanzibar, much more than a Spice Island

Fascinating voyage of Pytheas, did he discover Iceland before the Vikings?

Last voyage of Georgy Sedov, the hero of the Arctic

Franz Josef Land, jewel to the world a few have seen

A majestic underwater retreat of the Bay Islands

Cruising Aleutian Islands, a rarely seen side of nature

EXPLORE BLUE PLANET WITH OUR PARTNERS: 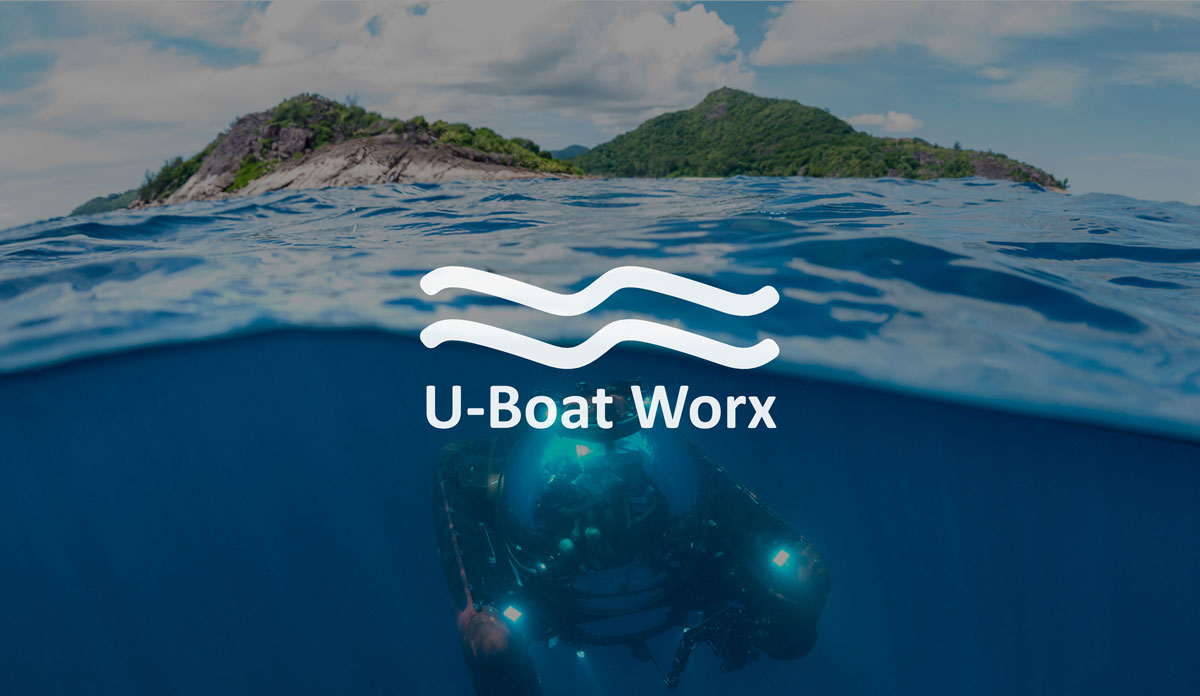 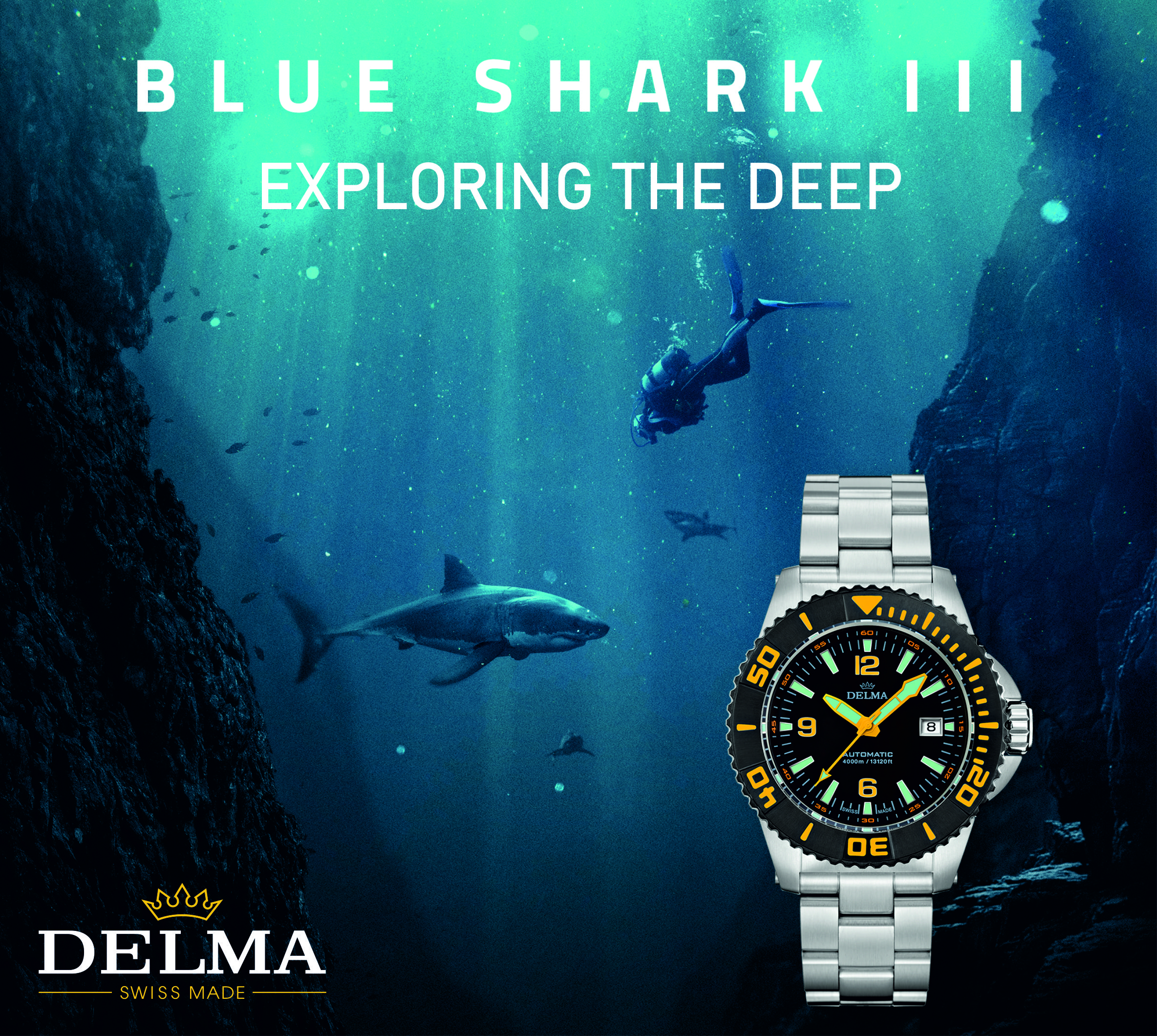 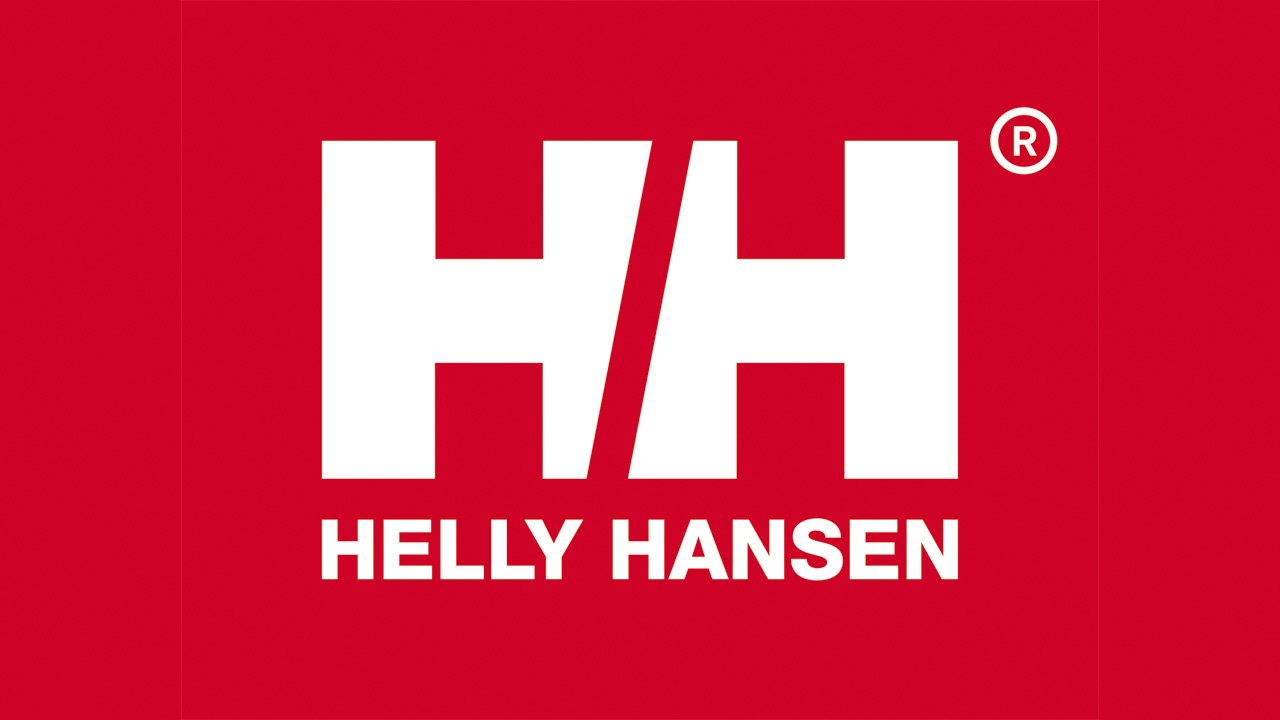